The concert in Washington, DC

Awards Dinner and Gala Concert "Celebrating Stars of Ukraine" will be held in the Hotel Willard (1401 Pennsylvania Avenue NW Washington, DC 20004) on December 13, 2013. This concert is dedicated to the 100th anniversary of the Tchaikovsky National Academy of Music. Roman Lopatynskyi , the prize-winner of the International Competition for Young Pianists in Memory of Vladimir Horowitz (2010), will take part in the concert.
The concert starts at 19.00 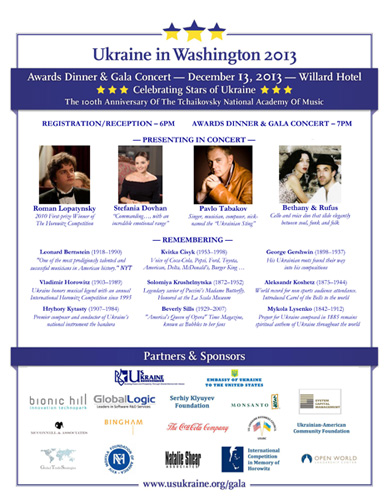