Kyiv Summer Music Evenings is the festival that makes a century-old- music sound over the green Kyiv hills and blue waters of Dnipro. Again and again Kyiv audience is charmed by young musicians, professional orchestras and various creative groups.

Festival "Kyiv Summer Music Evenings" is an occasion for foreign musicians to perform for music admirers in Ukraine and share their vision on pieces of music being performed with professional musicians and just listeners.

The last time Croatian musicians were the guests at International festival "Kyiv Summer Music Evenings" was in 2002.

Thanks to cooperation between JM Ukraine, represented by International Charitable fund of Vladimir Horowitz competition, and JM Croatia the Ukrainian audience welcomed on 27 June 2010 young Croatian violinist Marin Maras who performed Khachaturian's concerto for violin with orchestra. He played with the National Honoured Academic Symphony Orchestra of Ukraine under conductor Honoured Artist of Ukraine Victoria Zhadko. 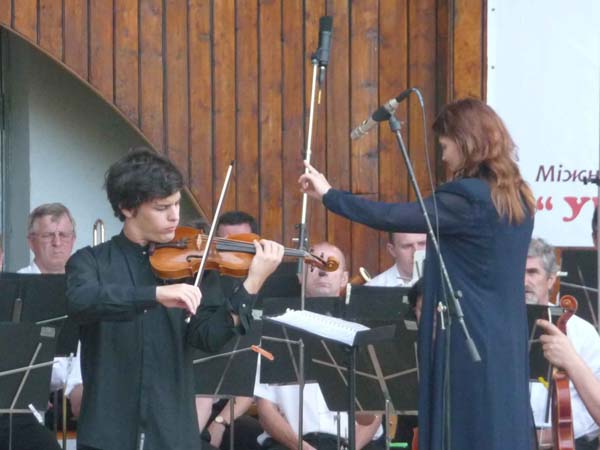 It's the first time he played on the open stage and as he told afterwards it was really amazing experience.

Under our cooperation next year the laureates of International competition for young pianists in memory of Vladimir Horowitz will perform in Zagreb.

Kyiv Summer Music Evenings is a venue for students of International Summer Music Academy to show the mastery they improved during master classes!

Master - classes represent a real intercultural dialogue which is so highly appreciated here in Kyiv. Not only do participants and professors come from abroad but also conductors arrive from overseas.

The concertos by Chopin, Prokofiev, Brahms, Grieg, Hindemith played by Ukrainian, American, Russian and Dutch participants with the National Honoured Academic Symphony Orchestra of Ukraine under conductor Jacques Cohen were undoubtedly exciting experience for the all involved. 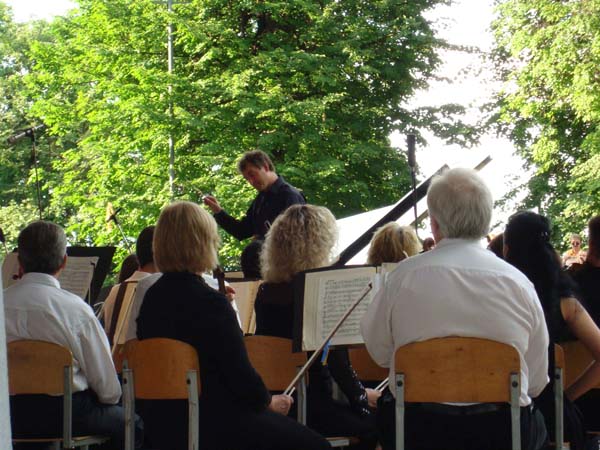 The weather in Kyiv has been changing so often for the last two weeks that it's looked like in London so Jacques wasn't surprised on Sunday when sunny sky turned into severe thunderstorm with heavy rain. As a result the concert in Mariinskyy Park was postponed. But thanks to the administration of the orchestra and National Radio Company of Ukraine, it was held on Monday, July 5th but this time indoors in Recording House of the National radio company of Ukraine.

And, of course, a special thank to our loyal audience for their supporting young musicians, experienced orchestra and conductors!